Several Indivisibles had the opportunity to meet with state Del. Pat Young. He provided some dos and don’ts of constituent interaction.

DON’T
-Be Aggressive. This is especially true if it is from a “faceless” organization and don’t have a relationship.
-Be Angry. Angry phone calls do not accomplish what you think they may accomplish.
-Threaten not to vote for them.  Rather word it as “I will remember your vote” or “I want to be able to vote for you in the future”.
-Send in a form email.

DO
-Create a relationship with the representative. This helps establish trust. You can do this over the phone so they (and the staff) get to know you or in person.
-Organize and be prepared to explain your position and what you want.
-Act and be professional.
-Be specific with you want. Telling him to support wildlife is not helpful. Telling him to support a specific bill or a specific action such as “increase funding by X amount in Y area to support Z wildlife” is better.
-Research!  Know the details, including sponsor and co-sponsor’s.  For example, no need to aggressively write to a representative to support a bill if they are the sponsor.
-Get the bill in before the session begins. Once the state session begins it is difficult to have the time to research, form an opinion on, gain support, and decide.

What Bills are important?
Often times during a legislative session many bills are proposed. It is still true that only a handful of them will ever become law. However, how can you tell which ones stand a good chance?

According to the delegate, you don’t know for sure. However, you can get a feel for which one may be important (and thus have enough support) by looking at who proposed it and the committees they are on.

For example, if the Chair of the Veteran’s Committee proposed a bill that seeks to provide a one-time tax break for veterans when they purchase a Maryland home, you can assume that the bill stands a good job at getting out of committee and onto the floor for debate.

How to craft a good Email?
The subject of emails came-up and Del. Young provided some helpful advice. Email is often the easiest way to get into contact with the delegate. The delegate, when an email is received, will place them into a folder or add them into a count (such as # for and # against). The delegate will often try to respond to each email. Though, your milage may vary with other ones.

However, when crafting an email one should adhere to several guidelines:
1. Keep it short. It should be a paragraph 5 to 6 sentences.
2. If a bill number is known add it.
3. Explain who you are.
4. Where you are from (best if you are a constituent, be clear that you are).
5. Background of yourself.
6. Why is it important to the district I live in. There should be a clear link to how it will affect the district.
7. You should be knowledgable, personal, and thoughtful.
8. When writing a subject line it should be short and to the point. Include a name and location. Add a Bill Number

Dear Del. Young,
My name is John Smith. I am a taxpayer and hunter living in Catonsville, Maryland. The Catonsville area has several state parks, with major roads abutting them. There is a bill #12345 which seeks to limit the amount of deer a hunter can bag each season. According to ABC source, this will lead to an increase of the deer population. My wife works late and takes these roads home. I worry about an increase in motor vehicle accidents and injuries, which would lead to increased insurance costs for people living in the area. Please vote NO on the bill.

Sign up for our newsletter for updates and actions you can take to make sure our elected representatives are fighting to preserve and enhance the rights of all American citizens. 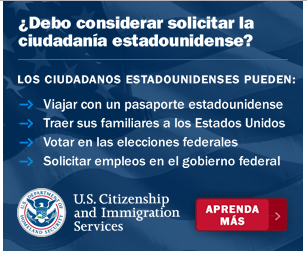 A daily selection of the best content published on WordPress, collected for you by humans who love to read.

The Art and Craft of Blogging

The latest news on WordPress.com and the WordPress community.